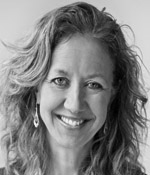 Suzanne Lee West was born in the small town of Cardston, Alberta on April 26, 1965.  Her aunt remembers hearing Suzanne’s mother say “she was different, something special and was going to make a difference in the world.”  That prediction would come true.

Experiences during her formative years would have a strong influence for the rest of her life.  Living in Iran as a child ignited her passion as an advocate for the less fortunate.  Her fight for equality, as one of the few women engineering students, fuelled her tenacity and determination to become an engineer.  That tenacity would earn her a degree in Chemical Engineering from the University of Calgary with Honors.

After a career with Imperial Oil, she moved to Gulf Canada as one of the directors for North America West Plains.  Eventually she felt a need to start her own oil and gas company.  She quit her job, mortgaged her home, and with small investments from family, friends and others, bought her first property and began Touchstone Petroleum Inc.  She continued to buy, develop and sell properties:  Chariot Energy Inc.; Auriga Energy Inc.; and Blackshire Energy Inc.

After attending a retreat on Necker Island with Richard Branson, a new vision was realized.

Her next endeavour was to focus on environmental stewardship in her new oil and gas company, Imaginea Energy Corp.

Shortly thereafter, Imaginea 2.0 was created focusing directly on environmental technology. Sadly, two months later, she was diagnosed with brain cancer.  Suzanne passed away March 6, 2018, after a short, yet valiant battle.

The Power of One Foundation was created to explore Suzanne’s need to give back to others and help individuals, organizations and good causes.  She believed that one person can make a difference.

Suzanne wanted to change the world. Her legacy continues today.