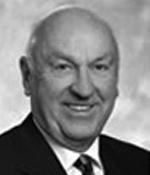 JR Shaw was born in Brigden, Ontario in 1934, moving to Alberta in 1961. Mr. Shaw founded Shaw Communications in 1966 and remained the company’s Executive Chair for decades. He also founded Corus Entertainment Inc.

Shaw Family Foundation was founded in 1970 by his father, Francis E. Shaw.  JR was one of the Foundation’s directors since its inception and its President from 1978 to 2020.

Throughout his career, JR Shaw was recognized for his achievements as an entrepreneur and community leader. Among many accolades, Mr. Shaw received the Entrepreneur of the Year award presented by the Alberta Opportunities Company and in 1988 was inducted into the Canadian Business Hall of Fame. He also received the Ted Rogers, Sr.- Velma Graham Award for his contribution to the Canadian Broadcasting system, as well as the Friend of the Industry Award presented by the Alberta Motion Pictures Industries Association. Mr. Shaw was the recipient of the Canadian Association of Broadcaster’s 2000 Gold Ribbon Award for Broadcast Excellence. In 2003 Mr. Shaw was inducted as an Officer of the Order of Canada and has also been presented with the Confederation of Canada Award.

Mr. Shaw held a Bachelor of Arts degree in Business Administration from Michigan State University. He also received three Honorary Doctor of Laws degree from the University of Alberta, University of Calgary and Graceland University in Lamoni, Iowa. He was also the recipient of the NAIT 2007 Honorary Diploma.

Mr. Shaw and his wife Carol were married for over 63 years and had four children, all involved in the Shaw business.

Mr. Shaw often said, "After we are all gone, we will be remembered by what we have given, not what we have received." True to his word, JR Shaw passed away peacefully in 2020, leaving behind an unmatched legacy in business and philanthropy.