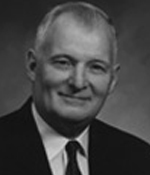 The Calgary Business Hall of Fame proudly salutes Jim Gray as a 2004 inductee. For the past 50 years, Jim Gray has been engaged in the oil and natural gas exploration business in Western Canada. In 1973, he co-founded Canadian Hunter Exploration Ltd., one of Canada's larger natural gas producers. Over the 28 years of his involvement with Canadian Hunter, he served in the positions of Executive Vice President, President and CEO, and Chairman until Burlington Resources purchased the company in December 2001.

He has participated in a wide range of community activities and projects. Among his current activities he is Chairman of the Canada West Foundation, a member of the Board of Governors of Calgary Academy and Honourary Life Director of the Calgary YMCA.

Jim is a member of the Board of Directors of Brascan Corporation, Canadian National Railways, Emera, Malibu Engineering & Software Ltd., Phoenix Technology Services LP, Temple Energy Inc., Twin Mining Corporation and University Technologies Inc. He is also a member of the Advisory Board of Lazard Canada, a subsidiary of Lazard Brothers & Co. Limited.

Jim was awarded a Honourary Doctor of Laws degree in 1991 by the University of Calgary, a Citation for Citizenship by the Government of Canada in 1992, the Fellowship of Honour by the YMCA, Canada, and was appointed an Officer of the Order of Canada in 1995. In March of 2001, Jim received the Energy Person of the Year Award from the Energy Council of Canada. He was inducted into the Canadian Petroleum Hall of Fame in October 2001. In October 2002, Her Worship, Lieutenant Governor Lois Hole, invested Jim Gray as a Member of the Alberta Order of Excellence.