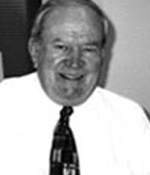 James Carl (JC) Anderson left his Nebraska home to study petroleum engineering at the University of Texas at Austin in the 1950s. Following graduation with his bachelor’s degree, he worked briefly as a roustabout for Amoco in west Texas, and then spent two years in military service with U.S. Army Counter-Intelligence. He returned to Amoco in 1956 and over the next dozen years, he worked as a Petroleum Engineer in Texas, Louisiana, Oklahoma, Colorado and Canada. In 1966, he was transferred to Calgary and became the Chief Engineer with Amoco Canada.

J.C. added Canadian citizenship to his U.S. papers, and by August 1968 had moved on to found Anderson Exploration Ltd. (Anderson), which was funded on a joint venture and share equity basis with a combination of individual investors and publicly-traded corporate investors. It went public in Canada in 1988, and was listed on the New York Stock Exchange in 2001. The scale of J.C.'s accomplishment was demonstrated in 2001 when Devon Energy of Oklahoma City paid US$3.4 billion to buy the Calgary firm he built from scratch and led to the end.

Excited by exploration, this visionary in natural gas was responsible for one of the largest finds in Alberta gas history, the vast Dunvegan field. J.C. negotiated a major exploration area gas purchase contract with a unique interest-free development loan of one cent per thousand cubic feet of gas discovered. The development loan paid in at $11.2 million when the field was measured at 1.12 trillion cubic feet of gas.

J.C. was one of the first to see the promising fundamentals of natural gas as a source of energy. With great ingenuity, he built Anderson Exploration into one of Canada's top 10 oil and gas producers, the lure that attracted Devon. Operations stretched from the Beaufort Sea across Western Canada to Manitoba. There were 990 permanent employees and projected 2001 capital expenditures of $992 million. Holding 1.3 million acres, Anderson was the largest owner of exploration rights in the Mackenzie Delta-Beaufort Sea region.

Late in 2000, Anderson participated in the first exploratory well drilled on the Mackenzie Delta in 20 years, upholding its reputation as a pioneer. Within the year prior to the Devon transaction, J.C. also completed two major corporate acquisitions, each in the billion-dollar range. Never one to slow down, J.C. founded a new private company in 2002, Anderson Energy and raised $80 million to continue to explore for new undiscovered reservoirs in Western Canada.