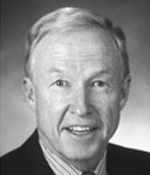 A native of Charlottetown, PEI, David Bissett graduated from Dalhousie Law School and became a Certified Financial Analyst. Moving to Calgary, in 1982 he founded Bissett and Associates Investment Management Ltd., which invested over 5 billion dollars for private and institutional investors. After selling the company, Mr. Bissett became a Director of Templeton Growth Fund, and embarked on his vocation as a supporter of education, community organizations and wildlife habitat preservation.

In 2002, Mr. Bissett donated $5 million to Mount Royal College – a transformative gift that led to the naming of the Bissett School of Business. On May 5, 2006, David Bissett donated a further $7 million to the Bissett School of Business. It was the largest gift to a college in Canada, citing his desire to support “a business school that is creating a large pool of skilled people with a strong grounding in business practices”.

Giving to community causes has been a hallmark of David Bissett’s philanthropy. In 2001, he and his wife Leslie, gave an $8.2 million gift – it’s largest ever- to the Calgary Foundation. Mr. Bissett chaired a successful fundraising campaign for the Calgary Millennium Park and has donated to a wide range of community cultural organizations. His passion for wildlife conservation has led to support of Ducks’ Unlimited, Pheasants Forever and Delta Waterfowl Foundation.

He is married to Leslie (nee Burden) and has two daughters and five grandchildren.